Klimt Experience is the digital accomplishment of the great project of a total work of art that Gustav Klimt and his disciples, the members of the Vienna Secession, had dreamt about. A great immersive narration, where art meets technique and where the artist is at the same time the subject and the content of the contemplation.

Klimt Experience is Crossmedia Group’s blockbuster exhibition. It honours Gustav Klimt, an artist loved by the general public and the younger audience. The immersive exhibition has already been presented with great success in the main Italian cities and around the world, like in Shanghai, proving that it is able to capture a universal audience. This experience fulfils the Wagnerian programme of the total work of art, the great ideal shared by the Secessionists. Now as then, the challenge is being able to think of art beyond its boundaries throughout history and allowing it to meet the most updated technologies. In Klimt’s words, we could say that: “No part of life is so small and insignificant that it does not offer space for artistic aspirations”.

It takes the immersive narration one hour to transport the audience through Gustav Klimt’s artistic itinerary, where the visual and musical suggestions will enhance the triumph of an art without boundaries. 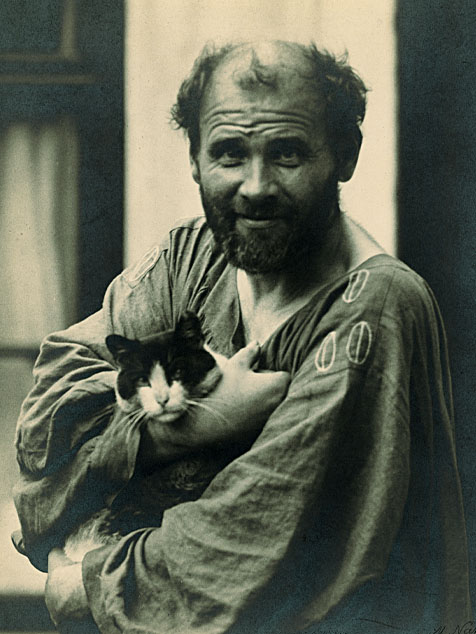 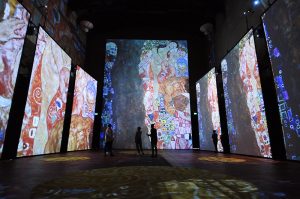 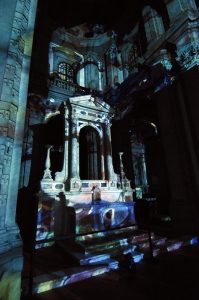 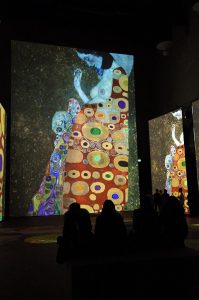 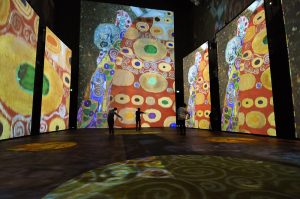 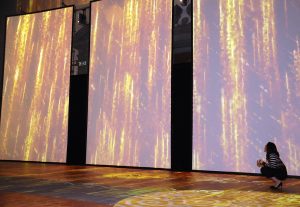 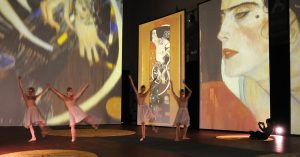 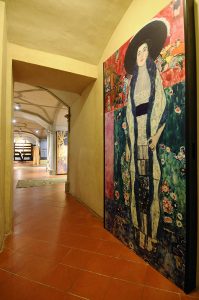 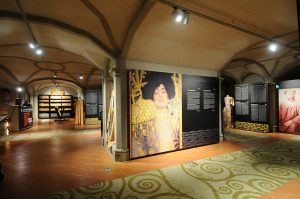 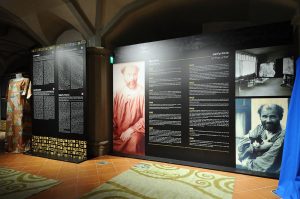 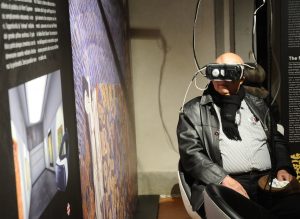 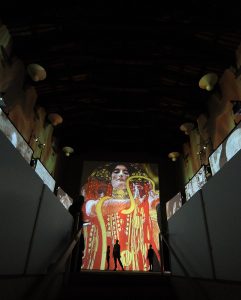 Gustav Klimt was born in 1862 in Baumgarten, a village near Vienna. The second of seven children, his father was a goldsmith, and his mother was a very cultivated woman who loved classical music. Curiously, all three of their sons decided to devote themselves to painting, but young Gustav’s talent didn’t go unnoticed and when he was only 24 years old, he was chosen to decorate a part of the Kunsthistorisches Museum. After this job, Klimt’s figure as a painter started to gain more and more success and his popularity got him many job offers.

Thanks to his success – also supported by the official recognition of Emperor Franz Joseph – Klimt had a stable economic situation.

In 1892 Klimt’s father passed away and, after a few months, so did his brother Ernst. These two deaths in the family were a severe blow to the Viennese painter, who decided to halt his artistic career for six years. After this period of time, Klimt started a new personal artistic path that in a couple of years would start the collective artistic experience known as Vienna Secession. With the creation of this group – whose symbol was Pallas Athena, goddess of wisdom – the aim of Klimt and his companions was to overcome the traditional boundaries of the art concept and the realization of a program that would bring art in every aspect of life. It was a project ahead of its time for some of the most significant trends of the XX century. Klimt always had many work commissions and, consequently, his fame kept growing constantly and exponentially. Despite all his commitments, Klimt could always find the time to realise his works for the Vienna Secession: on the occasion of the group’s fourteenth exhibition, Klimt created the massive 34-metres-long Beethoven Frieze.

In 1903, Klimt travelled twice to Ravenna and was especially struck by its Byzantine mosaics: this experience marked the beginning of a new phase of his artistic production.

Back in Vienna, he got immediately back to work and painted Judith in 1901, Portrait of Adele Bloch-Bauer I in 1907 and the famous The Kiss in 1908. These paintings are characterized by the obsessive presence of the gold colour, by the simple bidimensionality and the almost exclusive use of female characters, each one representing a different symbol. Klimt’s golden phase ended with Judith II in 1909, and anticipated the painter’s new artistic phase that didn’t include anymore the presence of gold. Klimt’s last phase is the so-called flower phase. In January 1918, Klimt suffered a stroke and passed away a few weeks later.