Da Vinci Experience was chosen by the Ministry of Foreign Affairs, the Network of Italian Cultural Institutes, and Enel to celebrate the greatest Renaissance genius through the tools of immersive narration.

Curated by the Director of the Museo Leonardiano in Vinci, Dr. Roberta Barsanti, Da Vinci Experience offers a narrative video mapping project focused on the life and work of Leonardo.

The biographic itinerary of the great Renaissance artist is introduced to the public thanks to a holistic immersive concept. The circular sound enhances the visual element of the narration. The exhibition features some reproductions of the machines designed by Leonardo, both full-size and in scale, based on the artist’s original projects. 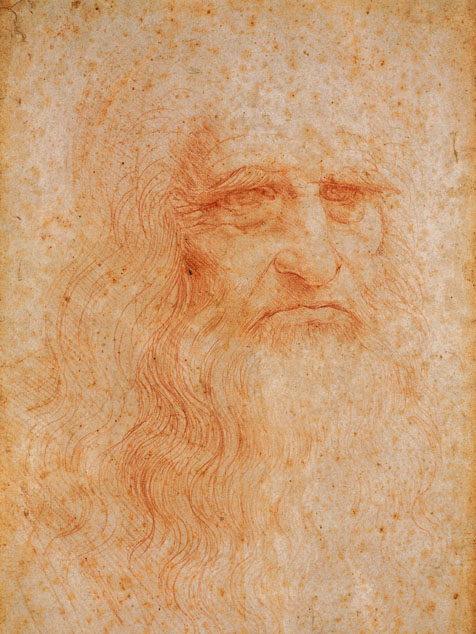 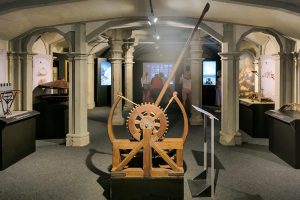 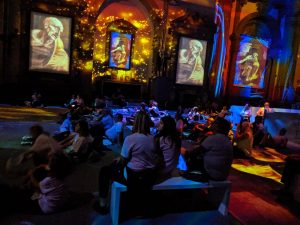 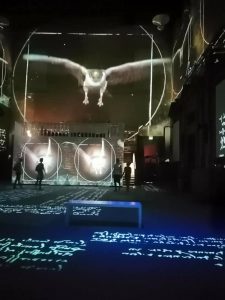 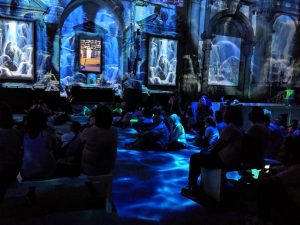 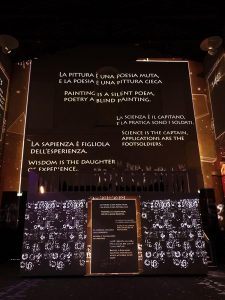 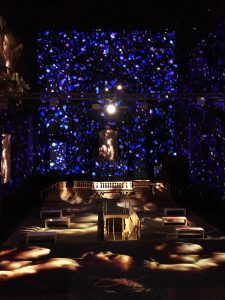 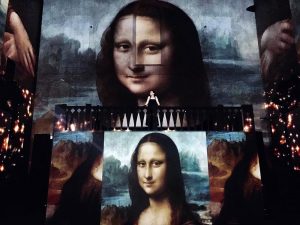 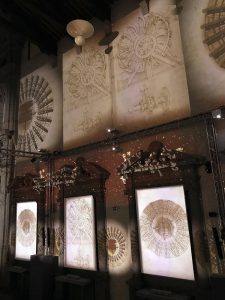 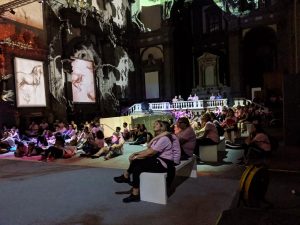 Recognised as the greatest mind of Renaissance, Leonardo was a painter, sculptor, drawer, architect, philosopher, poet, mathematician, anatomist, botanist, musician, civil and military engineer, urbanist, and scientist. Firstborn out of wedlock of notary Ser Piero di Vinci, he received quite a disorganized and irregular education from his grandfather and paternal uncle. He learnt how to write with his left hand and backwards, mirroring normal writing. In Vasari’s opinion, young Leonardo, as a student, “started many things […] and then dropped them” while he grew more and more interested in drawing. He was thus pushed towards an artistic career, and he became an apprentice at Andrea del Verrocchio’s studio in Florence. This changed his life. Other Verrocchio’s apprentices were Sandro Botticelli, Perugino, Domenico Ghirlandaio and Lorenzo di Credi. The studio was where he learnt many different artistic subjects: painting, the various sculpture techniques (stone, lost wax casting and woodcarving), and even the so-called minor arts. This paved the road that Leonardo would follow during his whole life. Sure enough, many more activities followed painting. For Leonardo, painting was like science, and it represented more truthfully the works of nature. Studying these works of nature was what stirred every single one of Leonardo’s movements. His curiosity about the laws of nature pushed him to depict in detail the flowers on the lawn of his Annunciation (1472-1475), developing a new perspectival technique, the so-called “aerial perspective”, that involved atmospheric phenomena. The same curiosity pushed him to analyse the dynamics of flying animals, animating his Codex on the Flight of Birds (1505-1506), or to dissect human bodies in order to study their anatomy and the fluid dynamics. But Leonardo’s genius soon started standing out and many fought for it: the duke of Milan wanted him in his city, asking him to invent new weapons for his military campaigns; the gonfalonier Pier Soderini wanted him to illustrate the most imposing chamber of Palazzo Vecchio in Florence; cardinal Giuliano de’ Medici offered him a pension for him to conduct his research projects in Rome; in 1517 the King of France invited him to be part of his court where he was able to work undisturbed.

At the centre of the attention of the powerful people of the time, Leonardo travelled around Europe and, by offering his services, he gained the necessary financing to research freely. To this day, we know less than twenty original paintings by Leonardo, but we have 23 original codes, with more than 3311 authentic pages.