Visiting Inside Magritte, the audience can be faced with the surreal universe emanating from the painting of the father of Belgian Surrealism: in the immersive space the images of Magritte’s painting undermine all those certainties that we are used to think the world through.

The exhibition guides the visitors through a 50 minutes long immersive experience, highlighting all the snares of the common language and the pictorial illusion. The audience of the exhibition will experience a seamless space: from the walls to the floor, Magritte’s works will be animated in a seamless flow of dream and sign. Curated by the art historian Julie Waseige, under the aegis of the Succession Magritte in Bruxelles, the immersive event is a plain example of how the rigour of critical discourse can be met with the expressive potentialities of the digital language. 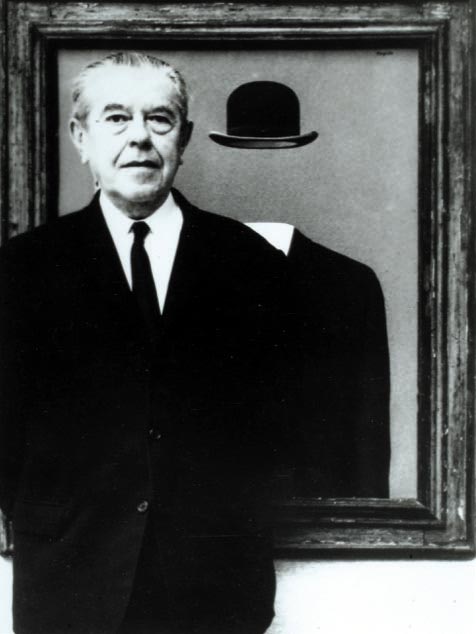 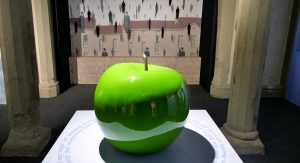 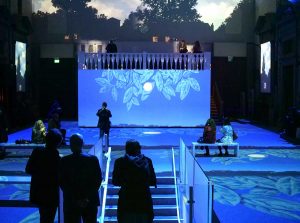 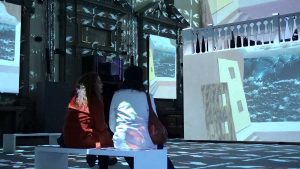 Together with Paul Delvaux, Magritte is considered the major exponent of the Surrealist pictorial movement in Belgium. After being initially close to Cubism and Futurism, his style focuses on an extremely accurate figurative technique, based on trompe l’oeil. The discovery of Surrealism begins when the painter comes into contact with the work of Giorgio de Chirico, particularly in front of the painting The Song of Love, where, on the side of a building, a cast of the head of the Apollo Belvedere, a giant surgeon glove and a ball. Deeply struck by this painting, he describes it as «a work that represents a clean cut from the mental habits of artists that have been prisoners of their talent, of virtuosos and of all those little consolidated aestheticisms: a new way of seeing”. In 1926 he meets André Breton, who strikes him in such a way that he declares: “my eyes have seen the thought for the first time”. René Magritte is also known as le saboteur tranquille, the silent disturber, because of his ability of planting doubt on reality thanks to the representation of reality itself. His artistic work doesn’t approach reality in order to interpret it, nor to depict it, but to show their indefinable mystery. With his work Magritte wants to allude to the whole as a mystery without defining it. In his poetics, Magritte pursues continuous shifts in meaning crating unusual juxtapositions and irreal deformations. His pictorial horizon is defined by fantastic and mysterious universes, or by the images of apparently undecipherable and enigmatic landscapes.

His paintings suggest the style of an illustrator, influenced also by when he worked as an advertising graphic designer at a young age. One of the constants of his works is the idea of translating into images the distance between reality and representation. Magritte’s Surrealism can be often summarized with the short circuit operated between the two terms. One of the best examples is The Treachery of Images from 1929, maybe his most renowned painting. The scenery created in The Empire of Light series is likely heavy with suggestions, with the choice of combining daytime sky and nocturnal landscape.

Among his great icons there is the painting of the eye gaping at the sky, that can also be seen as the sky reflected on an eye, titled The False Mirror, in 1935. The painting captured Luis Buñuel’s imagination, who decided to use it in the main scene of his film Un Chien Andalou. Magritte’s Surrealism corresponds with a very lucid and alert gaze on the reality around him, where there is no space for dreams or subconscious impulses.